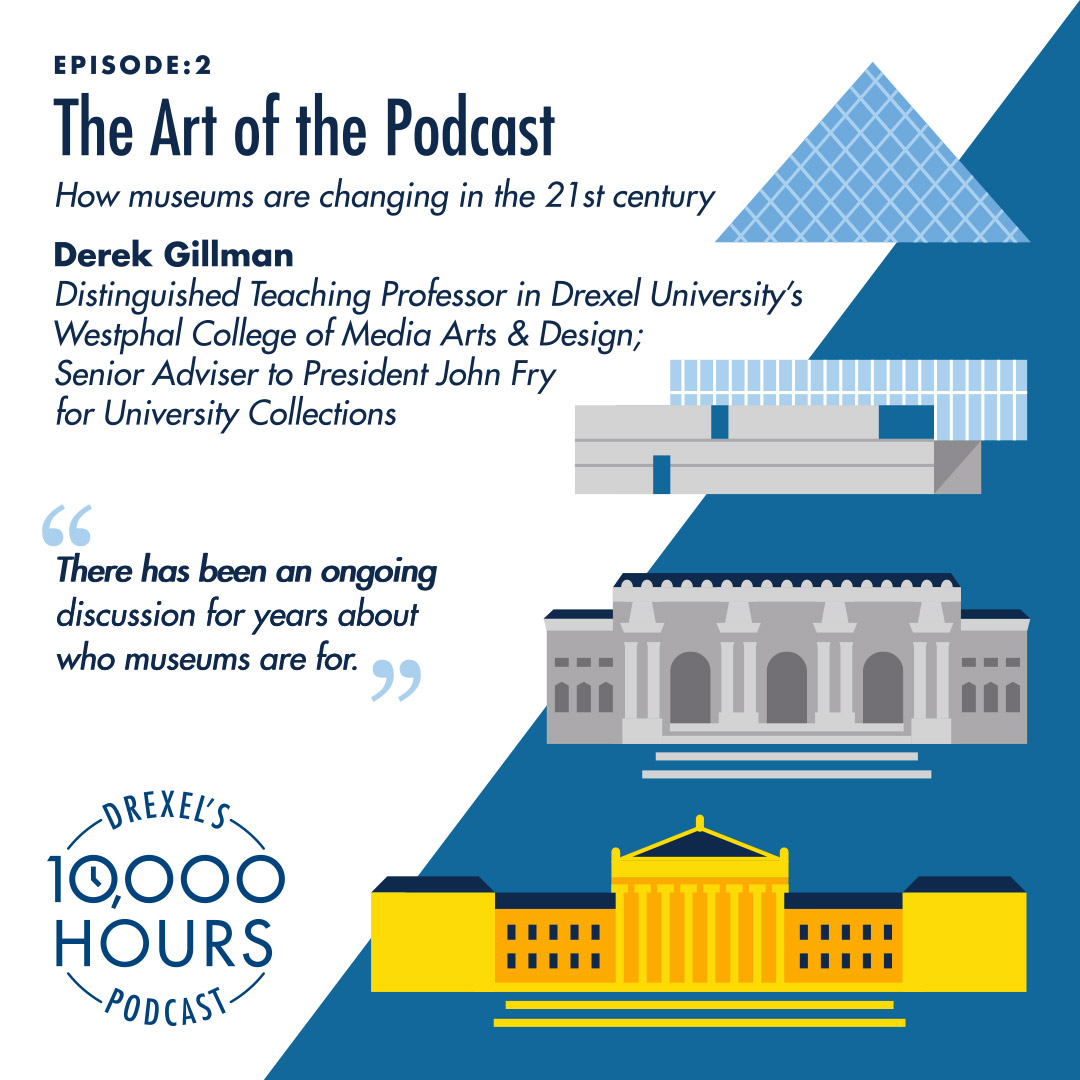 The Art of the Podcast

Drexel professor Derek Gillman’s resume is basically a tour through some of the world’s greatest museums. Here, he tells us about his favorite art in Philly, and how museums are changing to keep up with the times. View transcript. 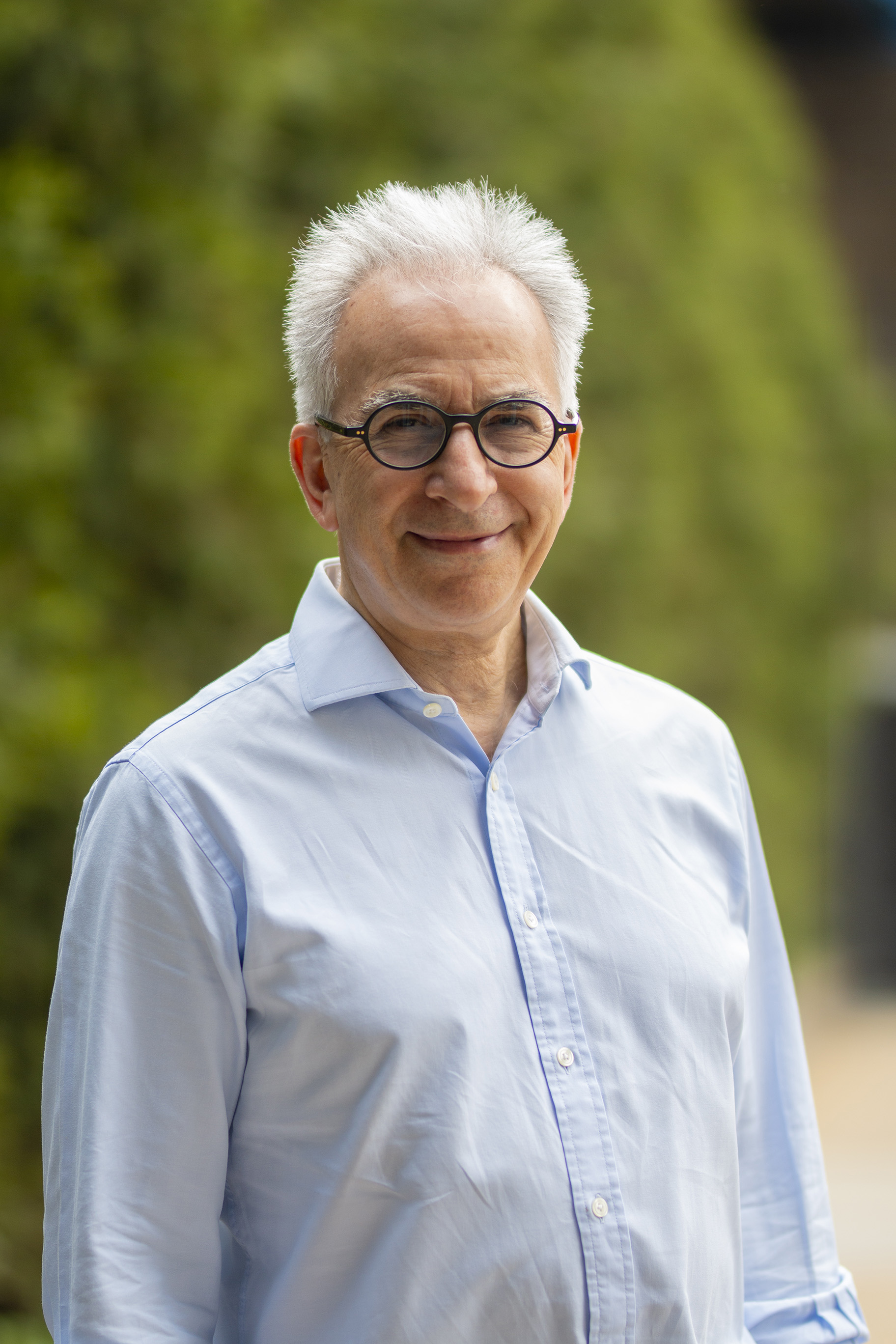 Derek Gillman is Distinguished Teaching Professor, Art History and Museum Leadership, and Senior Adviser to the President for University Collections. He was an art museum leader for almost thirty years, on three continents, and has been involved in the construction and renovation of five museum buildings. He is author of The Idea of Cultural Heritage (Cambridge University Press, 2nd ed., 2010) and numerous articles on art and heritage.

He was an undergraduate at Magdalen College, Oxford University, where he read Chinese Studies, after which he spent the year 1975-6 in China, at the Beijing Languages Institute. He began his career in 1977 in Christie’s Chinese department, before moving in 1981 to the British Museum as Research Assistant for China. Appointed to his first museum directorship in 1985, as Keeper of the Sainsbury Centre for Visual Arts at the University of East Anglia (UEA), he was responsible for the collection of modern and non-western art formed by Robert and Lisa Sainsbury, patrons of Moore, Giacometti and Bacon, and worked closely with architect Norman Foster on the Centre’s Crescent Wing extension. While at UEA he also undertook a Master of Laws degree by research on the emerging subject of cultural property.

In 1995 he moved to Melbourne as Deputy Director of the National Gallery of Victoria, Australia’s principal encyclopedic art museum, overseeing its internationally regarded collection of Old Master, Impressionist and modern European paintings, and working with Mario Bellini’s architectural team on the refurbishment of the NGV’s existing building and also with Lab Architecture on the design of a new complex for Australian art, doubling the museum’s display space. He came to the United States in 1999, becoming President and Director of the Pennsylvania Academy of the Fine Arts, America’s oldest art school and museum, where he planned the renovation by Dagit-Saylor of a former car factory adjacent to Frank Furness’s landmark building. During its bicentennial in 2005, PAFA became America’s first art institution to receive the National Medal of Arts.

From 2006 to 2013, Derek Gillman was Executive Director and President of the Barnes Foundation, stewarding the collection to its new home in central Philadelphia. Albert Barnes assembled the world’s greatest holding of Cézanne paintings and among the most important of Renoir, Matisse, early Picasso, Modigliani and Soutine, as well as superb works by Monet, Manet, van Gogh and Seurat. In 2014 he became Distinguished Visiting Professor at Drexel, and then in 2015 joined Christie’s, New York, as Chairman of Impressionist and Modern Art. In 2016 he returned to Drexel as Distinguished Teaching Professor.

Mr. Gillman is a member of the board of the International Cultural Property Society, serving as president from 2008-14, and of the College of Physicians of Philadelphia; he is a longstanding member of the Association of Art Museum Directors, a fellow of the Lenfest Center for Cultural Partnerships at Drexel, and a consulting scholar in the Asian Section of the University of Pennsylvania Museum. In 2013 he was Marina Kellen French Distinguished Visitor at the American Academy in Berlin.