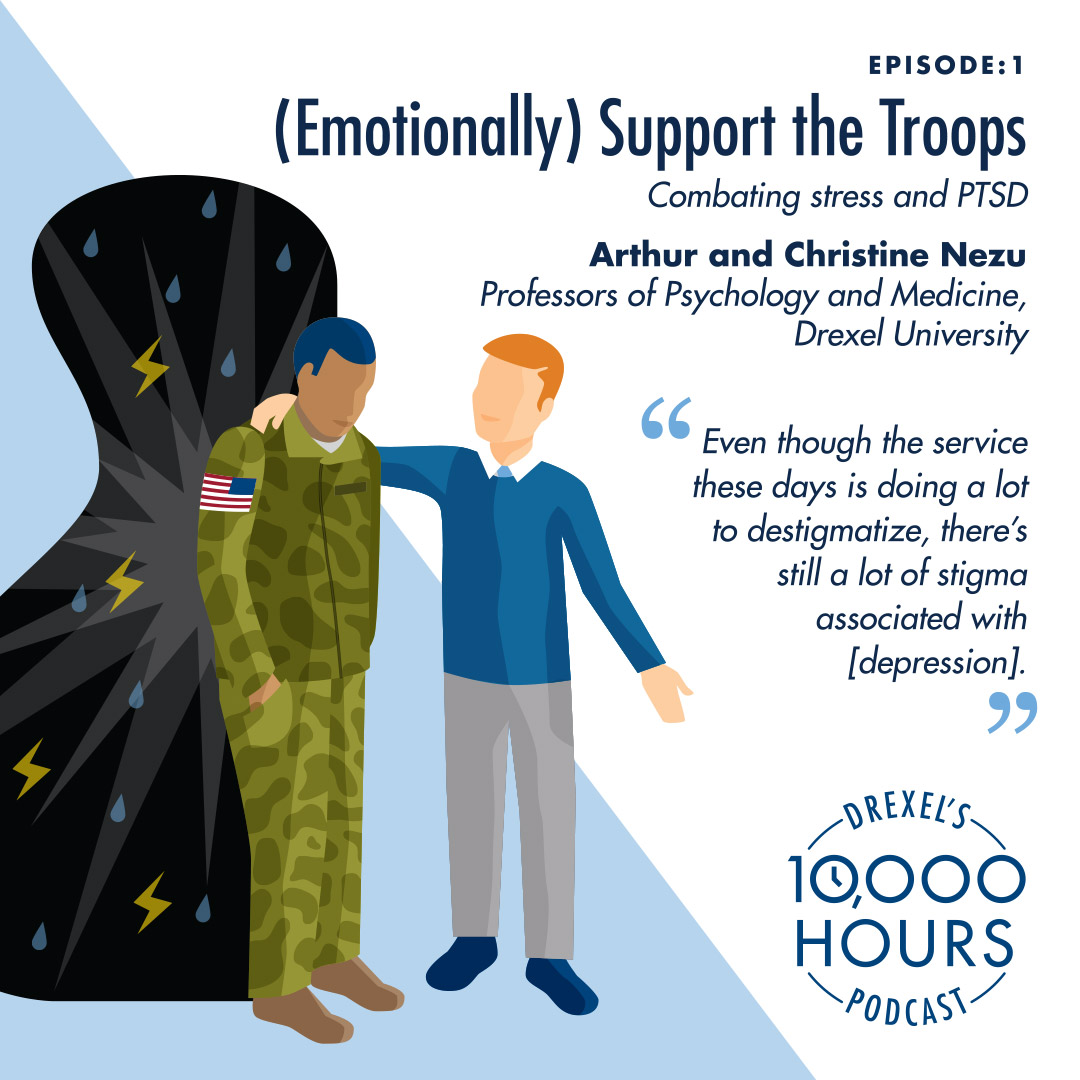 Drexel professors and husband-and-wife team Art and Christine Nezu are tackling a big problem: how to combat PTSD and suicides in veterans. Their approach? A treatment called Emotion-Centered Problem-Solving Therapy, which has been picked up by the Department of Defense and the Department of Veteran Affairs. View transcript.

About Arthur and Christine Nezu

Arthur and Christine Nezu are the co-developer of Problem-Solving Therapy (PST; recently renamed Emotion-Centered Problem-Solving Therapy, EC-PST), which is a psychosocial intervention that has been found to be an effective therapy for a wide range of populations and psychological problems. As such, not only is it an evidenced-based therapy approach (as acknowledged by multiple professional organizations, such as the American Psychological Association, the American Psychiatric Association, NIMH, the Department of Veterans Affairs, the Department of Defense), but also a transdiagnostic intervention. During the past several years, they have been involved in adapting and evaluating this intervention for U.S. veteran and active service member groups. This adaptation has been named Moving Forward and is currently being implemented in VA hospitals and medical centers across the United States. We have also developed versions for VA home-based primary care settings and telehealth protocols (a web-based course; smartphone app). More recently, they have developed an EC-PST-based program to reduce suicide risk among vulnerable populations. Currently, they are funded by the Pew Charitable Trusts to provide free counseling services to veterans in the greater Philadelphia area who are at risk for suicide.